Although the festive chestnut is most commonly associated with the Christmas season, did you know that the preferred occasion for most Americans to use chestnuts in their cuisine is during Thanksgiving, in the stuffing and mixed with brussels sprouts?  Stay tuned for a recipe.  But first, let’s discover the Chestnut.

Once a staple in the American life, the use of chestnuts has become foreign in today’s culture [i].  There are several reasons why this has happened, but it’s in large part due to a fungus.  The blight destroyed many of the chestnut trees lining the northeast and mid-Atlantic forests, making the chestnuts sparse throughout the country [ii]. Nevertheless, the trees themselves provide a wealth of important uses.  Every part of the tree is used, from the chestnut timber used to make cradles and coffins, to the nut themselves.  The Cherokee Indians commonly referred to the chestnuts as ‘BreadTree.’  They would boil and mash the nuts for a starchy source of calories similar to potatoes.  A favorite of the Cherokee was the cornbread made from chestnut flour, perhaps deciphering the meaning of the term ‘BreadTree.’

The chestnut is rich in complex carbs and low in fat, making it a great substitute for potatoes or other tree nuts [iii].  Like other nuts, chestnuts are high in manganese, Vitamin C, B6 and copper.  The nutrients it provides are essential for fat, carbohydrate and protein metabolism and aid in the maintenance of important cellular communication, necessary for healthy functioning of the tissues and organs [iii]. Antioxidants, such as Vitamins A, E and C, aid in the protection from free radicals and other chemical contaminants that may be harmful to your tissues and organs.  Consistent exposure to these contaminants can cause cancer.  The antioxidants from the chestnut can help to defend the body from excess damage.  Within a healthy diet full of whole grains, fruits, vegetables, healthy fats, lean proteins and fibers, an individual can work to prevent many kinds of cancer [iii].

Roasting chestnuts on an open fire, as the popular Christmas carol alludes to, is but one way to enjoy the wintry nut.  These days, fresh chestnuts are mainly imported from Italy, China and Korea [ii] and incorporated into our winter holiday smorgasbords and weeknight meals thanks to outsourcing.  Chestnuts are good for savoury side dishes like chestnut and cauliflower soup and chestnuts with parsnips. They also satisfy the sweet tooth, making for wonderful additions to desserts like cakes made with chestnut flour [i][iv]. The chestnut season is brief, but whole and peeled chestnuts that are canned or vacuum packaged can be found in major grocery stores all season long.  Dried chestnuts may be a staple in some farmers’ market at the end of November and into December [i].

Impress the guests!  Be sure to take it to the kitchen and use Savor Cooks: Chestnuts featured recipe for December. 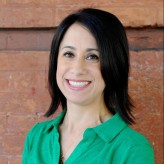