A fruit by most Americans standards due to its popularity in breads and pies, this nutrient-rich plant is actually a vegetable with medicinal attributes.  Rhubarb’s use as a healing plant dates back to traditional Chinese medicine. The crisp and tangy vegetable has been known to have many cancer-fighting properties.

Why We Root for Rhubarb

This red stalk, resembling rosy celery, is a sly one!  Mistakenly indulging in the health benefits of Rhubarb is a common conundrum.  Scientific evidence has suggested intriguing findings on the impact that rhubarb roots and stalks can have on health.  These compounds can slow or even prevent the spread of pancreatic cancer cells within the body.  Not only that, but the insoluble fiber and anthraquinone glycosides in Rhubarb roots can help with bowel function and constipation [i] [ii].

Rhubarb is jam-packed with vitamins and minerals! Rhubarb is comprised of vitamin K, C and B, magnesium and calcium. The plentiful nutrients and high dietary fiber content make this yet another veggie useful in aiding weight loss, digestion and bone health for a healthier you [iii].

Rhubarb at Any Meal

Raw, roasted, dried, pickled or mashed Rhubarb is easily incorporated into many recipes! Although Rhubarb leaves are known to be toxic, its roots and rose-red stalk are amazingly versatile.  Served as jam or jelly on a slice of morning toast, mixed in with a salad for lunch or added to a lentil curry for dinner, Rhubarb imparts a lovely, rather refreshing taste of spring to any meal. 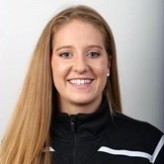