I am the four percent!  Only four percent of stage IV stomach cancer patients survive five years after diagnosis.  It has now been five and a half years since I was told that I had Stage IV advanced, incurable stomach (gastric) cancer.

At the time of my diagnosis I was forty years old, the mother of three young children, married to a physician and a practicing attorney with my own firm.  I was healthy, ate salad and broccoli every day, didn’t smoke or drink, exercised, took my vitamins, and had no family history of cancer.  I had NO risk factors for stomach cancer at all!  Suddenly, I was told that I only had a few weeks to live so my three year old daughter would not remember me and my ten year old twins would go through their teenage years without a mother.  However, I repeated a line from my favorite Dylan Thomas poem that “I will not go gently into that good night,” and I began the fight of my life.  I immediately underwent very harsh chemotherapy treatments and spent years in bed, hospitals, and doctors’ offices.

In parts of Asia where gastric cancer is highly prevalent, aggressive screening programs have had some success in detecting stomach cancer early and thereby improving the outcomes; but in the United States there are no effective screening methods and no established programs for prevention or early detection.  In addition, the symptoms of stomach cancer are not specific and are common to many gastric problems such as ulcers and gastritis.  They include abdominal discomfort, indigestion, loss of appetite, occasional vomiting, and a feeling of fullness after eating small amounts of food.

Awareness of gastric cancer, its symptoms, and risk factors remains low despite the fact that it is one of the deadliest cancers and the number two cancer killer in the world.  Physician and public awareness are critical for early diagnosis.  If people are aware of the risk factors and symptoms, they can be diagnosed at an early stage, dramatically increasing the chance for a cure.  Two precursors to stomach and esophageal cancers are H pylori and acid reflux, so be on the lookout.  Bottom line:  If you are having any type of gastrointestinal symptoms go see your physician for evaluation.

As part of our efforts at Debbie’s Dream Foundation: Curing Stomach Cancer, we are celebrating November as Curing Stomach Cancer Month.  There are many awareness months in the United States; however, we are taking our efforts and message one step further because most Americans are diagnosed in late stages so awareness isn’t always the answer.  We are emphasizing that curing stomach cancer is the end goal for patients, and therefore we have many activities planned for November to help and support patients but to also look toward a brighter future when a cure is found for stomach cancer.

So, how am I doing now?  Most days are great except, in order to keep my cancer at bay, I still have Herceptin infusions in the hospital every three weeks, take the oral chemotherapy drug Tykerb nightly, have regular doctor visits, and undergo lots of scans and tests.  I have a steadfast healthcare team and unwavering support from friends and family.  They are with me in my journey to make a difference.

I am beating the odds and determined to continue doing that.  My pursuit is to make the cure for stomach cancer a reality for everyone; it’s my dream, my personal mission, and my legacy.  All people should have the right to early detection, intervention, and reliable treatment and to hope for a cure for their disease.  Our health routine should include endoscopy exams and other screening techniques, increased resources, proven treatments, and eventually the resources to find a cure.  No one should have to fight this disease alone or without appropriate options.  We at Debbie’s Dream Foundation: Curing Stomach Cancer are making sure of that!

Debbie Zelman is a Stage IV stomach cancer survivor and founder of Debbie’s Dream Foundation: Curing Stomach Cancer (DDF) which is a 501(c)(3) non-profit organization dedicated to raising awareness about stomach cancer, advancing funding for research, and providing education and support internationally to patients, families, and caregivers. DDF seeks as its ultimate goal to make the cure for stomach cancer a reality.  If you or someone you know is battling stomach cancer, you can find more information at www.DebbiesDream.org or by calling toll-free at 855-475-1200 or email to Info@DebbiesDream.org. 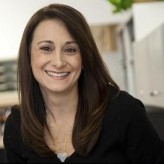