There have been many studies performed on the healthfulness of organic foods (produced without synthetic pesticides, fertilizers, antibiotics, growth hormones, irradiation, or chemical additives and cannot be genetically modified) but findings are often inconsistent and difficult to interpret.  It is hard to detect the specific effects of chemicals used on conventionally produced foods; researchers often study antioxidant status and activity in exposed populations but this does not necessarily measure one’s total risk of developing cancer. While most studies have not found any statistically significant difference in antioxidant status or activity between people consuming mostly organic foods and those consuming conventionally produced foods, conventional produce can have as much as 30-40% more pesticide residue than organic [i].

The Effects of Pesticides

In studies of female agricultural workers and women living in agricultural areas, the use of certain pesticides was linked to their increased incidence of breast cancer.  It is important to note that chemicals used in conventional farming can not only remain on food as residue, but can pollute the air, dust, and water of nearby areas.  In Hawaii, heptachlor, once widely used on conventionally grown pineapple farms, was banned after it was linked to an increase in the incidence of breast cancer. Despite the ban, heptachlor remains a soil contaminant in areas that once used the insecticide and its toxic breakdown products have been found to remain stored in human fat cells.

The Effects of Hormones

​The use of hormones in livestock, to increase size or milk production of animals, has also been theorized to disrupt the endocrine system in human consumers. These synthetic hormones may remain in animal products and can accelerate puberty (early onset is a risk factor for the development of breast cancer later in life), contribute to abnormal cell growth in breast tissue even at levels 30 times below the FDA limit, and increase levels of insulin-like growth factor-1 (IGF-1) which is also linked to increase risk of breast cancer [ii].

The Effects of Antibiotics

​The antibiotics used on animals presents their own danger. Though no statistically significant difference in the level of bacterial contamination between organic and conventional animal products has been found, conventionally raised livestock are more likely to be contaminated with antibiotic-resistant types of bacteria.  It is therefore especially important to fully cook non-organic meats and may be advisable for those with lowered immune responses or increased susceptibility to infection to buy organic.

Until more is known, those at risk for cancer, cancer patients, survivors, and caregivers should be aware of the potential risk factors associated with conventionally produced food. People with asthma, allergies, and eczema may benefit from buying organic produce as it has less reaction-inducing residue. Those worried about hormone exposure and those who are particularly susceptible to infection may benefit from buying organic animal products. Though it is impossible to completely avoid exposure, it is important to be aware of the many ways your food could be affecting your health [iii]. 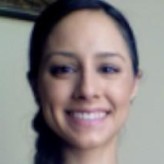 Corinne is a graduate in Nutrition and Food Studies, with a concentration in Nutrition and Dietetics. She started at Savor Health as an intern while receiving her Bachelor’s degree from New York University. She continues to assist the Savor Health team in maintaining the website and other day-to-day activities, as well as volunteering part-time. She will be continuing her education to become a Registered Dietitian at Leeds Metropolitan University in the Fall.