Of all forms of cancer, pancreatic cancer is perhaps the most daunting from a patient and medical care provider perspective.  Its symptoms are vague,1 there are no early detection methods,1 and it is the most lethal form of cancer with a five-year relative survival rate of six percent.2

Even more telling is that while pancreatic cancer is relatively rare – listed as the twelfth most common type of cancer in the U.S., it is still the fourth leading cause of cancer death in the United States.2   Because it is so difficult to diagnose, more than half of all cases are not found until it is in the advanced stage, making the survival outcome particularly grim.2

Unfortunately, both pancreatic cancer incidence and death rates are on the rise.2,3 According to a Pancreatic Cancer Action Network report, pancreatic cancer is projected to become the country’s second leading cause of cancer death by 2020, behind only lung cancer.3 Although total cases of all cancers will rise due to a growing population of older adults and minorities living in the U.S., other cancers will offset this shift with improvements in early detection and treatment methods, stabilizing their anticipated death rates.3

Unlike other cancers, medical advancements in pancreatic cancer have been stymied by specific biological and financial challenges.3 In fact, funding for pancreatic cancer research from the National Cancer Institute (NCI), the country’s largest source of cancer research funding, is trailing behind the other current top five cancer killers, only further impeding its progress.3,4

This is all the more reason we need to raise this cancer’s visibility, and we can start right now with National Pancreatic Cancer Awareness Month. Purple is the designated color for pancreatic cancer and wearing a purple ribbon, or posting a purple Twibbon for that matter, is one small way you can help bring the much needed attention to this devastating disease.

If you’re interested in getting more involved, visit sites like pancan.org and lustgarten.org for additional opportunities to support this important cause. And check out the infographic below from the Lustgarten Foundation for more information on pancreatic cancer. 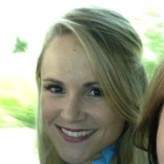