Think that bacon cheeseburger is only killing your chances of becoming America’s Next Top Model? Think again: It could actually be killing you.

A new report from Cancer Research UK (Britain’s answer to the American Cancer Society) estimates that more than 4 out of 10 cancers could be prevented by lifestyle changes.

“Many people believe cancer is down to fate or ‘in the genes’ and that it is the luck of the draw whether they get it, the report notes. “But there is clear evidence that around 40% of all cancers are caused by things people mostly have the power to change.”

Although the link between cancer and smoking has been widely known for many years, the connection between obesity and many types of cancers are based on newer findings.

According to the Centers for Disease Control (CDC), 31% of Americans are obese. That’s a pretty staggering number. Within some groups, the numbers are even more dramatic. 50% of all non-Hispanic black women are obese. Cancers linked to excess weight include breast, colorectal, kidney, uterine, and pancreatic cancer. Researchers estimate that around 17,000 cases of cancer each year are caused by people being overweight or obese, and that number is growing along with the obesity problem.

The Cancer Research UK Study identified obesity as a growing problem in Britain as well. Obesity in England has tripled in the past 25 years, to over 26% of all adults and 16% of childrens, according to the National Obesity Observatory.

Here’s what you can do to reduce your risk:

Stop Smoking “Smoking is by far the most important preventable cause of cancer and is linked to at least 14 different types of the disease,” comments Harpal Kumal, Ph. D., Chief Executive of Cancer Research UK. “Alcohol also increases cancer risk, and the combination of both smoking and drinking heavily increases the risk considerably more.”

Get Moving If you haven’t exercised in a while, schedule an appointment with your doctor to make sure you’re healthy enough, and then start slowly. Take walks, do errands on foot instead of by car, take the stairs instead of the escalator. If it’s cold outside, go to an indoor shopping mall (and avoid the Cinnamon Buns!) and walk a couple of laps! Once you’ve conditioned yourself, ramp up the activity. Start jogging, running, or take classes at a gym. Build resistant training and more intense aerobic activity into your routine. It can be pretty addicting – in a good way!

Lose The “Muffin Top” “What many people don’t realize is that extra fat around the middle — the so-called ‘muffin top’ — is surprisingly active, releasing hormones and other chemicals that can make cells in the body divide far more often than usual, which can increase the risk of cancer,” Dr. Kumal commented in a statement.  We have known for a long time that the “apple” shape has been particularly dangerous in conferring a risk of heart disease, but now it seems to affect cancer risk as well. More reason to exercise!

Work on Your Willpower  Most people acknowledge the fact that they are obese or overweight by BMI (Body Mass Index) standards. The majority also admits that they would like to lose weight but simply can’t get the weight off.

“Personally, I think that obesity may be the toughest social issue that we have ever faced,” says James O. Hill, Ph. D., director of the Center for Human Nutrition at the University of Colorado Health Sciences Center, “even more so than smoking.”  When individuals who were overweight and obese were asked difficulties they encountered when trying to lose weight, the majority of respondents in the UK study (64%) said that they lacked will power. Nearly half said they had tried to lose weight previously and were not successful, while 43% said they had other things to worry about, and 38% said they did not have the time to exercise and prepare healthy meals. Less than one-third of all respondents (29%) said they managed to eat the recommended 5 fruits and vegetables each day. Even fewer (23%) managed to achieve the recommended level of exercise (at least 2 hours 30 minutes of moderate physical activity each week).

What are some tricks to keeping your willpower intact? Start with shorter, manageable goals. Take it one week – or even one day – at a time. Don’t get discouraged if you slip up – get back on track quickly. Keep a calendar, and star the days that you kept up the healthy habits. When you reach 10 stars, treat yourself to something (something relatively healthy, that is!)

Ditch The Junk Food  The most important first step to healthy eating? Stay away from processed fast foods. Instead, focus on fresh fruits and vegetables.  “We know that the modern day environment makes it very hard for people to lose weight,” said Cancer Center UK’s Dr. Jane Wardle. “Especially when they are bombarded by advertising and easily tempted by cheap ready-made meals and fast food, instead of a balanced diet with plenty of fresh fruit and vegetables. But it’s also clear that most people find it hard to turn their good intentions — to eat better and move more — into sustained changes in their lifestyle. “This gap between knowledge and behavior helps to explain why the number of people who are obese is continuing to increase.”

Make It Social  Concludes The Center’s Dr. Susan Jebb: “Research shows that to make sustained changes in diet and physical activity people need tangible support from family, friends or health professionals. In the longer term, it’s important that the places we live and work make the healthier choice the easier choice, so healthy living becomes a way of life, not just a matter of personal willpower.”

While leading a healthy life doesn’t guarantee that a person won’t get cancer, healthy habits can stack the odds in his or her favor.

Author Dr. Elizabeth Chabner Thompson is an esteemed member of our Scientific Advisory Board and Founder of Bffl.co, a fashionable line of bags, bras and surgical accessories for the modern age of breast treatment. 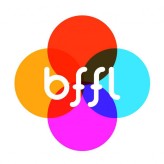 After graduating from Johns Hopkins Medical School in 1993, Dr. Elizabeth Chabner Thompson began devoting herself to taking care of women. During her residency, she also obtained a Masters Degree in Public Health from Harvard. Elizabeth worked as a Radiation Oncologist. She founded BFFL Co (“Best Friends for Life”) in 2011 to fill the need for well-designed, comfortable, patient-friendly recovery and treatment products such as recovery kits, bras for surgery, treatment and recovery. BFFL Co donates a portion of profits to charity, and creates custom products for hospitals, foundations and others. She is an active member of the Harvard School of Public Health Leadership Council, Johns Hopkins University Medical School Alumni Council, and the Mt. Sinai Hospital Dubin Cancer Center Advisory Board.

The Gift Cancer Gave Me