This week, I received a call from a client asking if orange juice could increase his risk of skin cancer. He had just heard a story on the local news, which drew its conclusion from a recent research study published in the Journal of Oncology. With cases like this, it’s easy to see why there is so much confusion about nutrition. One day fruits like oranges are good for you, and the next day they are linked to melanoma, a deadly skin cancer.  How can this be possible?

As is best practice, digging into the actual source behind the claim in order to sort fact from fiction is necessary to determine reliability and significance.  Here’s what I found:

Can this be biologically plausible at all?

Oranges along with other foods such as figs, grapefruit, celery, parsley, etc. contain a naturally occurring chemical called psoralens. Psoralens actually are used in medicine to treat eczema, psoriasis and even occasionally cutaneous T-cell lymphomas.  However, psoralens are not always good. Psoralens are activated by sunlight and can cause cell damage, potentially and theoretically leading to skin cancer.

Over a period of 26 years, the researchers conducting this prospective cohort study observed a population of nurses and doctors from both the Nurse’s Health Study and Physician’s Health Study.  Diet information was collected every 2 to 4 years.  Health outcomes were compared to results of population based dietary questionnaires, and the findings were interesting.

What gives?  Well, further analysis found that people who consumed specifically grapefruit more than three times per week had a 41% increased risk to develop melanoma.  Additionally, those who drank orange juice instead of eating whole oranges were at greater risk the more they drank the OJ.  More plausibly, researchers also found that the risk of developing melanoma was highest among people who were more frequently sunburned, or spent more time in direct sunlight during childhood and adolescence.

The first limitation was the way in which the research was conducted.  Dietary information was gathered via food frequency questionnaires (FFQ’s), questioning what and how much people ate over the previous year.  But this relies completely on the individuals memory, and memory lapses are common!   Similarly, questions regarding sunburn and sun exposure during childhood and adolescence may have been unreliable due to the basis on personal accounts, rather than scientific numbers.  The population was also a limiting factor.  A specific population of health professionals, mostly white women, between the ages of 30 and 55 years were studied and there was no control of environmental factors like proximity to the equator.   Floridians (who also grow more citrus locally) are likely to have more total sun exposure than people living in colder regions like the Northeast.  Due to the reasons stated, the study, although interesting, is not conclusive to make any recommendations.  Just because there is a correlation does not mean there is causation.

Where do we go from here?

Don’t lose sight of the obvious!  Citrus can be a great source of cancer fighting phytochemicals like vitamin C, hesperidin and pectin. And excessive sunlight exposure can lead to melanoma.  Until further research is done, we cannot draw any conclusions about citrus and melanoma.

If you have a family history of melanoma, have extremely fair skin or are exposed frequently to the sun, make sure to protect yourself.  Ditch the orange juice and grapefruit juice for the sole reason that they also contain significant amounts of added sugars and no fiber. Instead, aim to consume citrus fruits in moderation, and as whole fruits, fiber and all.  Also, learn more about skin cancer prevention to be proactive about skin care. 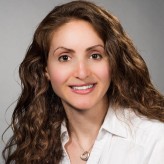 Hillary is a Registered Dietitian and Board Certified Specialist in Oncology Nutrition (CSO). She received her BS in Nutritional Sciences at Cornell University and MS in Clinical Nutrition at New York University, and completed her dietetic internship at the James J. Peters Bronx VA Medical Center. Hillary works as an outpatient dietitian at the North Shore-LIJ’s Cancer Institute, where she counsels patients and their families before, during and after cancer treatment. Additionally, Hillary counsels clients on nutrition through her private practice, Recipe for Health, L.L.C., and has been invited to present at several nutrition-related events including the Breast Cancer Update Symposium at North Shore-LIJ (2013) and Adelphi University’s Farm to Table lecture (2014). Hillary strives to translate the science behind health, nutrition and prevention into practical and easy-to-follow recommendations.

Mini Beet and Goat Cheese Napoleon Bites: Color and Whimsy All in One Bite

Let's Team Up / Work As a Team