BPA, or bisphenol A, is a chemical used in polycarbonate plastics and epoxy resins that has come under scrutiny for potential harmful health effects.

Developed as a synthetic estrogen in the 1890s and granted GRAS (generally recognized as safe) status by the FDA in 1963, it is widely present in both food packaging, such as aluminum can linings, and nonfood materials, such as medical devices and paper receipts.

Concern about BPA lies in its possible action as an endocrine disruptor. This is a category of chemicals that can alter normal hormone-dependent physiology. Small amounts of BPA leach from containers into the foods and beverages that they hold, especially when those contents are acidic, high in fat, or heated.

It’s hard to avoid BPA. The CDC has documented its presence in the urine of 93 percent of Americans older than 6 years of age[i]. Less clear are the actual health effects of BPA exposure. Until recently, research consisted mostly of animal and in vitro studies. Recently, the number of epidemiologic studies exploring the effects of BPA exposure in humans has increased exponentially. A recent review of this literature supports associations between BPA exposure with decreased fertility, altered male sexual function, childhood neurobehavioral problems and asthma, cardiovascular disease and type 2 diabetes[ii].

Significant questions remain. Does adult BPA exposure matter, or is childhood and fetal exposure what’s critical? How do we quantify and define “low dose” exposure[iii]? Some researchers say the “low doses” associated with toxicities are still much greater than humans are exposed to in practical terms, whereas others believe “low doses” may be more harmful than higher amounts and that dose-response isn’t demonstrable[iv].

As consumer awareness and demand grow, BPA-free food packaging is increasing. Alternative can linings, such as polyester coatings, have been developed, but their safety is not certain either. One promising technology is oleoresins, which are made from natural plant sources, but they can be used only with non-acidic foods.

Broths and soups are widely available in Tetra Paks. Pacific Natural and Imagine Foods offer many options, from chicken stock to vegetarian pho base.

If you must use canned foods, rinsing the food well with running water may decrease ingestion of BPA.

Of course, the surest way to minimize dietary BPA intake would be to avoid all packaged foods. More realistically, work toward limiting canned goods and choosing more fresh, frozen or dried foods.

Cans aside, lessen BPA exposure by using glass or ceramic instead of plastic in the microwave, keeping plastic water bottles away from extremes of temperature (e.g., the dishwasher) and direct prolonged sunlight, and replacing plastic containers that become cracked or chipped.

As always, consider the big picture. If your workday lunch options are a quick greens salad with canned artichokes and beans — or fried chicken and Doritos — the choice should still be obvious.

Minimize BPA cans where you can, but use your own judgment in making sound, healthy choices.

[i] Calafat A, Ye X, Wong L, Reidy J, Needham L. Exposure of the US population to bisphenol A and 4-tertiary-octylphenol: 2003-2004. Environ Health Perspect2008;116:39-44.
[ii] Rochester JR. Bisphenol A and human health: A review of the literature. Reprod Toxicol 2013;42:132-55.
[iii] Teeguarden J, Hanson-Drury S. A systematic review of Bisphenol A “low dose” studies in the context of human exposure: A case for establishing standards for reporting “low dose” effects of chemicals. Food Chem Toxicol 2013;62:935-48.
[iv] The National Workgroup for Safe Markets. No silver lining: an investigation into bisphenol A in canned foods, 2010. 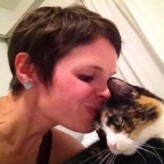 May is Melanoma/Skin Cancer Detection and Prevention Month

The Grapefruit: A Deeper Look

GMO Food: Is It Black And White?