Bananas are a great source of vitamin B6 and have vitamin C, manganese, and lots of fiber. Contrary to popular belief, lots of foods contain more potassium than bananas.

You’ve seen them on Facebook: graphics claiming that scientists in Japan have proven that overripe bananas with brown spots have tumor necrosis factor (TNF), which combats abnormal cells and boosts your immune system. This story spread widely, even Livestrong covered it. Unfortunately, it’s been just as widely debunked.

These graphics don’t cite sources and don’t appear to be supported by research. There’s a great article that walks you through the “Japanese study”. This study was conducted on mice, who were not fed banana, they were injected with banana.

Bananas are a nutritious food, but they don’t cure cancer.

Do Bananas Cause Cancer?

Pesticides, fertilizers, and chemical additives are suspected of increasing cancer risk among the people who grow and eat foods exposed to them. Studies have not found a statistically significant difference in risk among people eating foods with pesticides and those grown organically. The use of certain pesticides have been linked to increased breast cancer rates among agricultural workers.

Choosing organic bananas hasn’t been proven to be safer, but if you’d feel safer eating organic, then that’s the right choice for you.

Can you eat too much of a good thing? Bananas contain potassium-40, which technically makes them radioactive. Exposure to radioactivity increases your chance of eventually developing cancer. Other foods, like brazil nuts, and even our own bodies are radioactive.  What does this mean? Eating an excessive amount of anything is not good, and that includes bananas.  But don’t be concerned, as this is more just a fun fact.

While the relationship between radiation and cancer is well documented, you would have to eat an unreasonable number of bananas for them to significantly raise your cancer risk.

Add them to your oatmeal or toss them in a smoothie are excellent and nourishing ways to enjoy bananas.  Here are other ways:

Have you tried these yet? They’re gluten free, dairy free, and so easy to make. Like veggie burgers, you’re not going to trick anyone into thinking they’re traditional pancakes, but they’re a delicious breakfast food in their own right.

Perfect for snacking on the go. You can also pick these up from your local grocery store, just make sure they don’t load them up with added sugar.

This is pretty decadent, but it’s perfect if you’re in need of a way to sneak some fruits and veggies into the diet of someone with a sweet tooth.

You can do more than just fry them. This can serve as a side dish or a meal on it’s own.

[iv] Iwasawa, Haruyo, and Masatoshi Yamazaki. “Differences in biological response modifier-like activities according to the strain and maturity of bananas.” Food science and technology research15.3 (2009): 275-282. doi:10.3136/fstr.15.275 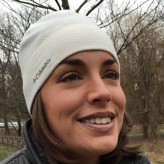 Angela is a registered dietitian and certified specialist in oncology nutrition (CSO). She studied nutrition at Central Michigan University, where she completed her bachelor’s degree, dietetic internship, and master’s degree. Angela has worked in the inpatient, outpatient, and community oncology settings since 2005 and currently works part time at the Reading Health System. Angela’s passion to help oncology patients has developed from learning the nutritional demands of cancer and seeing the improvement that nutritional modification can provide. Angela is part of the clinical team at Savor Health where she counsels patients on oncology nutrition issues and contributes to clinical website and other Savor Health content.

Preparing for Treatment of Oral, Head and Neck Cancers

Antioxidants and Phytochemicals for Cancer Prevention