Asparagus belongs to the lily family (Liliaceae, scientific name: Asparagus officinalis) and has been considered a delicacy since ancient times. In fact, the Roman emperor Augustus purportedly created the “Asparagus Fleet” for carrying these fine green spears. How’s that for the love of a food! Today, asparagus is still heralded in several countries for its delicate flavor, even if it does give one’s urine an “off” odor.

One half cup of cooked asparagus is only 20 calories, 4 grams of carbohydrates, 2 grams of fiber and 2 grams of protein. It is also a good source of vitamin B6, calcium, magnesium and zinc, and a very good source of dietary fiber, protein, vitamin A, vitamin C, vitamin E, vitamin K, thiamin, riboflavin, niacin, folate, iron, phosphorus, potassium, copper, manganese and selenium. Phew! [iii].

This impressive display of nutrient density makes asparagus a great choice for anyone, especially weight watchers looking to pack in nutrients without extra calories.

As one would expect with such a strong nutrient profile, asparagus offers both anti-oxidant and anti-inflammatory benefits. Vitamins A, C and E, plus the minerals copper, magnesium, selenium and zinc all contribute to the anti-oxidant powers of this springtime special. And although anti-oxidants themselves help reduce inflammation, it is the saponins (a chemical compound) in asparagus that seem to offer the most anti-inflammatory benefits and anti-cancer properties, albeit primarily in lab and rat studies. In addition to the studied cytotoxic effects on cancer cells, saponins have also been shown to improve blood lipid and blood sugar levels, both of which can help reduce the risk of cardiovascular disease [ii][iv][v].

Asparagus is also quite beneficial for the digestive system. Not only is it high in fiber, but it contains a good dose of inulin, a type of prebiotic carbohydrate that provides nourishment for the healthy bacteria in our colons and, as such, is associated with better nutrient absorption (a healthy gut absorbs best!) and reduced risk of colon cancer.

Depending on where you live, asparagus can be in season as early as February and as late as July. On the east coast, the season is typically May through July. The stalks should be rounded, firm and fairly thin. A “fatter” stem means a more woody texture. (Cooking tip: if a stalk is too thick after trimming the ends off, you can shave it down with a potato peeler to remove some of the tough and stringy outside fibers.) The spear should be green or purplish with closed tips. Asparagus is best eaten as fresh as possible, but you can extend the shelf life by a couple of days by wrapping the ends in a damp paper towel. If you wait too long, it becomes a bit woody. Before consuming, trim the ends and wash it under running water to remove any excess dirt. This is the time to peel extra thick stalks as well if needed [v]. [iii] SELF Nutrition Data. Accessed on May 25, 2015  from http://nutritiondata.self.com/facts/vegetables-and-vegetable-products/2312/2.

[v] The World’s Healthiest Foods. Asparagus. Accessed on May 25, 2015 from http://www.whfoods.com/genpage.php?tname=foodspice&dbid=12.

[vi] Gimme Some Oven, Lemon Pepper Asparagus recipe and photo. Accessed on May 25, 2015 from http://www.gimmesomeoven.com/lemon-pepper-asparagus/. 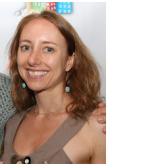 Liv Lee has a Masters degree in Nutrition and Exercise Physiology from Teachers College, Columbia University and is a Registered Dietitian Nutritionist.

Let Your Feelings Out

How I Achieved My 15-Year Brain Tumor Survivorship