“Hello. I’m calling from the emergency room at the Hospital for Special Surgery. Steve has been in a motorcycle accident and he asked us to call you.” And just like that…I became a caregiver for the first time.

This was years and years before he was diagnosed with lung cancer, but caring for him then prepared me for the care I would have to give him years later as a cancer caregiver.

What is the role of a caregiver?

When you think about it, there are lots of little mishaps in life where you’re instantly thrown into a caregiving experience. A diagnosis doesn’t have to be life threatening in order for it to be life altering. Something as commonplace as hip replacement surgery or a broken leg can have an enormous impact on a patient’s partner—missing a few day’s work, having to hire someone to stay with the injured party or just having to take on some of a partner’s responsibilities at home can become a great burden.

My husband had been standing still waiting for the light to change when his motorcycle was knocked out from under him by an irresponsible driver; his injury involved two lengthy surgeries and a week’s stay in the hospital. It was followed by six months of care for a wound that needed to heal enough to receive a skin graft. At home, I was cleaning his wound four times a day—before I left for work, when I returned home from work, before bed and on my lunch break, when I’d take the subway home and back to work. There were trips to various doctors—at least twice a week. Once Steve was healthy enough to return to work, there were weeks and weeks of taking him to and from his office on crutches. It’s easy to see why caregivers experience burnout.

Fast forward to some twenty years later. In 2005, my husband was experiencing extreme stomach pain and I knew I had to call an ambulance. Partners get to know each other well enough to intuit when something is really wrong—this is a great asset in good caregiving (trust your gut). He ended up needing surgery and afterward was put into surgical intensive care where they induced a coma for a full week. He stayed in the hospital for another ten days. Our follow-up appointments with the surgeon and gastroenterologist were all great—but when we went to our internist, after his bloods were drawn and vitals checked, we were told the CT scan on his stomach (just prior to surgery) was aimed too high and scanned his lungs as well as his middle. It showed he had lung cancer. WHAM!

Becoming a Cancer Caregiver in a Blink of an Eye

Life really can change in a split second. I was already in overdrive as far as caregiving was concerned. He needed round the clock care for a surgical wound from his pubic bone to his sternum; it was a good thing I’m not squeamish! In order for Steve’s internal wounds to heal properly, he needed a temporary colostomy, which would be reversed in four months—at which point we’d deal with the cancer. For nine months we were alternating surgeries for his stomach and lungs.

We were told the type of cancer he had would recur; they would have to do PET scans every three months, then every six months, then once a year—if we were lucky enough not to have a recurrence. I say “If WE were lucky enough” because the disease brought us closer together than ever before. We were both experiencing the effects of cancer, albeit in very different ways. Our life together had been changed forever.

Things were okay for a year and a half. Scans were all clean. However, Steve’s mother Sylvia was diagnosed with lymphoma when she was eighty-nine and came to live with us. Her treatment was immediate and intense—I was now doing double duty. My head was full of the particulars of both mother and son. I developed a wonderful relationship with my pharmacists—very important. I designed medication checklists that were easy to use and essential. The two people I was caring for had their own history and I was smart enough not to get in the middle of their bickering.

I gave my mother-in-law a makeover and she never looked better. That was key to her going into treatment with a positive attitude. At the hospital, I cultivated great relationships with all of her nurses and therapists, which is one thing I recommend everyone to try and do. Another tip is to look neat and clean—even professional—it engenders respect.

Then there were food issues that needed to be dealt with. Syl had her own, very specific preferences. She also had her own schedule—she was a widow who had lived alone for almost thirty years and she wasn’t about to change. She’d be up at 8:00 a.m., have Cheerios with 1% milk and go back to bed for another two hours. She’d then wake, shower and get ready for the day. Low-fat cottage cheese and stewed prunes for lunch at 1:00 p.m. and at 7:00 p.m. watching “Jeopardy” was de rigeur. Dinner had to be on the table at 7:45 because immediately after her gameshow she’d call her sister-in-law—same time every night for fifteen minutes.

On the other hand, her son/my husband, had no schedule. Everything was decided at the last minute; just thinking about what he wanted to eat took what seemed like forever. All I knew was they both wanted fresh bagels and chocolate chip cookies in the house at all times. Avoiding arguments was a driving force and these two, one with chemo brain, would argue about anything. I could talk from today ‘til tomorrow about how bad sugar was for their disease—they just didn’t want to hear about it.

Sylvia’s gone now for four years; Steve, three and a half. My life revolved around these two people from 2005 until 2011. Their departure from this earthly plain left a huge hole. Caregiving came naturally to me. I actually miss it, but in part that’s because I miss them.

How did I manage the difficult times?

My saving graces were an online community of cancer caregivers and my writing. I’ve come to know, intimately, the value of the written word as a therapeutic tool.

Being a caregiver brought out the best in me—I was good at it. Capable, informed, sensitive to others—be they patient or staff. I was prepared, flexible (very important), kind, gentle, loving and insightful. My confidence soared. I managed to take care of myself as well. I’d sneak out for a brunch here and a mani/pedi there and although my schedule depended on their needs and I was entirely at their disposal. I knew this was of my own choosing. I wanted to take care of them. I wouldn’t have had it any other way. 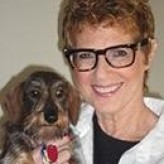 Adrienne Gruberg is a former family caregiver and founder of The Caregiver Space. After six years of caring for her late husband and mother-in-law she conceived of an online support space all caregivers could come to. Adrienne holds a BFA from Boston University. She founded AYA Creative in 1982, an award winning graphic design, marketing and advertising company. Her design training has helped shape the website and her personal and professional experience continues to inform and influence the caregiver centric support experience she has created at The Caregiver Space.

The Financial “Side Effects” of Cancer Survivorship

A Failure to Communicate